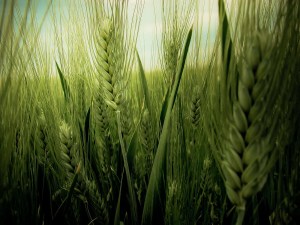 It has been exactly three months since the last time I posted something. As luck should have it, my last post was on my feat on submitting my PhD thesis, while this one is being written moments after I received the official date of my viva (oral examination)…coincidence? I don’t think so! This summer has been many things; one thing it hasn’t been is boring…or simple. In fact, it has been arduous, bothersome, nerve-wrecking, emotionally unstable, verging on chaotic. And even though the mere thought of sitting in front of two examiners while they scrutinize my work and ask me to defend 3 years of my life seems outrageously strenuous, I find myself filled with a bizarre sense of relief, expectation and dare I say… hope.


Even though it is very closely related to what I’ve been going through this summer, I will refrain from going into the politics and social critique of the unfortunate situation my country is in at the moment. Instead, I will focus on the all-too-often painful and problematic worldwide phenomenon of finding a job. A true whirlwind of escalating emotions which start out as expected collateral (whereby you keep telling yourself, often out loud, ‘don’t give up’, ‘it’s going to be OK’, ‘there must be something out there for you’) but quickly turn into frustration, disappointment, resentment and indignation…that’s usually when you find something.


The worst scenarios often involve near misses, the ones that got away, the ones you were sure were winners, or simply the one job you liked the most. And when those occur they are usually followed by a choir of friends, relatives, etc. praising your good qualities, burying the people that rejected you, and reassuring you that it was all for the best. Again…an intricate emotional cliché to which you cannot stand against, knowing damn well it would have easily come out of your own mouth if a friend stood in those same worn out shoes. So you nod, and you listen, and you inevitably agree. What else can you do? No one can fool you better than your own self.


What did I expect? The world to kneel before me? Probably not, but between you and me…a kind bow would have been nice. In a country where you work to live and not live to work, where long lost notions of old still hold true, where meals are a ritual not to be messed with, where the sun refuses to hide behind bearers of rain, an unbiased and unemotional observer will not fail to notice that its core has slowly been darkening in the past few decades. But what is the core if not the people? And that’s where the problem lies. I said I wouldn’t go into it didn’t I?


I don’t know who said that blogs are like opinions…everybody has one, but they were spot on on both claims! Everyone does (have an opinion), myself included. Damn phoneys…as Holden would say. But what does that have to do with work you might ask? Opinions are all you get when you make your problem public. It doesn’t matter whether they’re good, bad or ridiculously irrelevant, the point is you didn’t ask for them (well…unless you did, then it’s your own fault). Too mean? Meh. You’re tough you’ll get over it. I personally don’t mind them as much, I’m a patient person, but I still haven’t heard one worth repeating, or one that actually changed the way I look at things. Maybe I’m too opinionated myself to allow this to happen, or maybe we’re all too darn predictable. Who knows?


All I know is that I love my work, I’d love to work, I need to work, but so far no one has given me the chance to do it. And all this time this incessant, buzzing choir won’t stop chanting away my ups and downs. I may be tired but I’m not ungrateful. I may feel angry but I won’t snap. I may have to wait, and listen, and nod, but I’m not giving up.